Ken Osmond.  He really was never able to shed the Eddie Haskell image.

He did some revisits with the Leave it Beaver series, but worked through life as a cop in Los Angeles.

Ravi Zacharias, one of the foremost Christian apologists in the world, died at 74, I believe after a fight with cancer.

I hope this isn't offensive, but this is what I immediately thought of (I assume this joke has been made a million times). 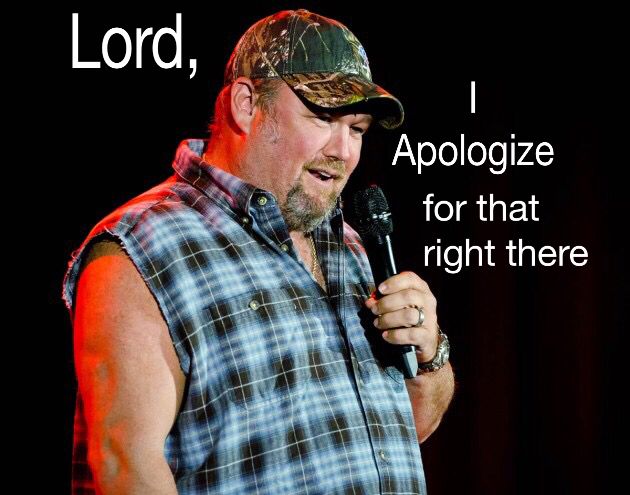 Wrestling writers and Christian apologists... you keep track of a strange bunch...

Yeah, I have some eclectic tastes.  My father would describe that as dancing to the beat of your own drum.  I prefer Hank Hill's "that boy ain't right."

I believe that was his real name.  He was on a panel at one of the Wrestle Mania's, maybe Atlanta and he really loved the events.  I think he may have had problems with diabetis.

Csonka was his real name?  I always just assumed he was paying homage to the former American Gladiators host (yeah, I guess that guy played some football too).

I hope this isn't offensive, but this is what I immediately thought of (I assume this joke has been made a million times).

Not offensive at all, even the most pious have had to have that conversation.

What is a Christian apologist?

What is a Christian apologist?

In religion an apologist would be defined as one who gives a defense of the faith.  Whether that be through physical evidence, written evidence, philosophical argument, etc.

I love this scene from The Right Stuff... I have a feeling I probably posted the same clip when John Glenn died.

Wilson Roosevelt Jerman, who served as a White House butler under 11 presidents, died of coronavirus at 91.

At first I thought he was the inspiration for Forest Whitaker's character in the film The Butler, but that was another butler who started working in the WH the same year as Jerman (1957) named Eugene Allen, who died in 2010.

RIP Jerry Sloan. What a great coach. How unlucky that his great teams always had a monster team they ran into.

@0TheRick0 (AKA The Rick)
"You can't sit on a lead and run a few plays into the line and just kill the clock. You've got to throw the ball over the damn plate and give the other man his chance. That's why baseball is the greatest game of them all." ~ The Earl of Baltimore

RIP Jerry Sloan. What a great coach. How unlucky that his great teams always had a monster team they ran into.

Sloan was as tough as they come, both as a coach and a player.  I remember seeing him as a kid playing for the Bulls at the Dump downtown.

RIP to one of the greatest under sized centers in Basketball history.    #41 Wes Unseld.