Re-watching Band of Brothers with my wife. She's never seen it. We were inspired to watch it after visiting Amsterdam. Really starting to get obsessed with WWII. Aside from BoB what book(s) are must reads that capture in the moment recollections of WWII? Also has anyone ever been to Normandy? I wanted to visit when I went to Paris in '12 but didn't have the time. I would like to make it a destination soon.

Beyond Band of Brothers: The War Memoirs of Major Dick Winters

From Publishers Weekly - In his well-intentioned but impersonal memoirs, Winters tells the tales left untold by Stephen Ambrose, whose Band of Brothers was the inspiration for the HBO miniseries, but Winters's memoir is disappointingly sparse on details unrelated to troop position. It is in the battles and tactical maneuvers of Easy Company that Winters is most at home: on D-Day, when Easy Company's commanding officer is killed, Winters takes charge minutes after landing deep in German territory and leads an assault against a German battery. He carefully explicates the reasoning behind his strategy, leading the reader along as the Company attacks German machine gun and mortar outposts. The narrative is laced with Winters's soldierly exaltations of pride in his comrades' bravery: "My God, it's beautiful when you think of a guy who was so dedicated to his company that he apologizes for getting hit." Although the intrepidness of the group induces more than a tinge of pride, the memoir is devoid of powerful reflections. In the last, sluggish chapters, Winters devotes an excessive amount of time to letters he has received and to expositions on leadership. Winters is too humble for a genre that requires a little bit of conceit.

Re-watching Band of Brothers with my wife. She's never seen it. We were inspired to watch it after visiting Amsterdam. Really starting to get obsessed with WWII. Aside from BoB what book(s) are must reads that capture in the moment recollections of WWII? Also has anyone ever been to Normandy? I wanted to visit when I went to Paris in '12 but didn't have the time. I would like to make it a destination soon.

If you want to bone up on an era when the USA was the Good Guys, then WW2 is the era for you... (just avoid books about Dresden, Nagasaki, the SS St. Louis, and a few other things...)

Hoping those that did this get caught and hung by their junk.

Three British ships and a US submarine that sank in the Java Sea during the second world war have been destroyed by illegal scrap metal scavengers, the Guardian can reveal.

The UK’s Ministry of Defence said it condemned the “unauthorised disturbance of any wreck containing human remains” and requested Indonesian authorities investigate and take “appropriate action”.

All three were sunk by the Japanese during the Battle of the Java Sea in 1942, and their wrecks were discovered by divers in 2002.

A report in the Guardian says three British ships have disappeared as well.

NEW ORLEANS — There was one hairy moment during PT 305’s slow-motion jaunt through downtown here on Saturday morning.

It came as that restored World War II patrol torpedo boat dangled over the edge of the Mississippi River from the arm of a huge floating crane. A brisk wind swung the boat’s nose landward, causing the men below to strain at their yellow ropes as if they were reining in a wayward balloon in the Macy’s Thanksgiving Day Parade.

Minutes later, PT 305 was resting on a barge in the river, ready for the next leg of its tortuous journey from naval warship to fully interactive museum exhibit. By April, the National WWII Museum here hopes to offer the only opportunity to ride a PT boat that survived combat in the war.

“There’s nothing like this anywhere,” said Stephen Watson, the museum’s chief operating officer. “We’ve always tried to do things here that bring history to life in an unexpected way.”

The maneuver on Saturday, with the 50-ton boat riding on a 64-wheeled, remote-controlled crawler, certainly caught some pedestrians by surprise. Others just had to see it with their own eyes. 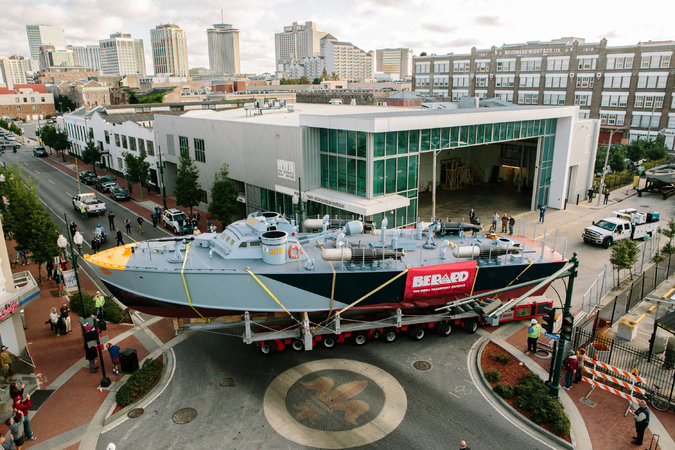 Perhaps it was the way he carried himself in an unassuming and humble manner, but day after day hundreds of Air Force Academy cadets would pass this janitor in the hall oblivious to the greatness that was among them.

In the mid-1970s, William Crawford might spend one day sweeping the halls and another cleaning the bathrooms, but it was a day approximately 30 years prior that would create for him a special place in the history of war. In 1943 in Italy, the only thing  Private William Crawford was cleaning out was German machine gun nest and bunkers.

Under heavy fire and at great risk to himself, his gallantry was so audacious that it earned him the Medal of Honor and the respect of any man who witnessed his actions. And yet, for the cadets at the Air Force Academy, it would take a student’s study of the Allied campaign in Italy to realize who it was that walked among them

William Crawford died at the age of 81 in the year 2000 at his home in Colorado. And although Crawford was a veteran of the Army, he would become the only non-U.S. Air Force enlisted person buried at the United States Air Force Academy Cemetery in Colorado Springs.

The cadets regarded him as one of their own and gave him all the respect such a man deserved.

Many stories to tell on the 75th anniversary of the bombing of Pearl Harbor, but one thing is for sure. It had changed the role of the US on the world that still has its effect today.

America’s role in the world 75 years after Pearl Harbor

The bombing of Pearl Harbor was a pivotal moment in U.S. and world history. The attack thrust the U.S. into World War II and set in motion a series of events that would transform the country into a global superpower and guardian of international order. Seventy-five years later, this legacy of Pearl Harbor now faces perhaps its biggest challenge.

It's a damn crime that the 75th anniversary of Pearl Harbor isn't being treated like a very big fucking deal... but what are the Kardashians up to? The battle-scarred bastion of Fort Driant is shown

following the bitter contest to wrest its control from

Thanks... I just learned something...

More than 70 years later, still finding unexploded bombs from WWII. It was a British 1.8 ton bomb that was dropped on the city.

(CNN)More than 50,000 people had to be evacuated from a city in south Germany on Christmas Day after a 1.8-ton World War II bomb was found there.

The bomb was discovered last week in Augsburg, during construction work on an underground car park.
An evacuation area more than a mile (1.5 kilometers) in radius was announced for December 25, including 32,000 households and around 54,000 inhabitants. 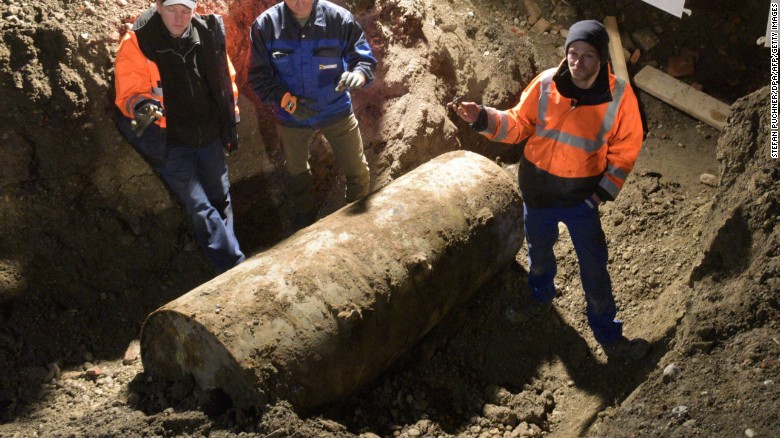 The bomb disposal team stand next to the World War II bomb they made safe in Augsburg, southern Germany, during a mass evacuation on December 25, 2016

On December 26, 2016, Air Force Gen (Ret) Seth McKee died aged 100. In a military career spanning over 35 years, Gen McKee started as a member of the Missouri National Guard in 1935 before becoming an aviator in the Army Air Corps, flying 69 combat missions in the P-38 during WWII, including action in D-Day operations and at the Battle of the Bulge. After the war, he had many various commands, and ended his career as commander of NORAD, retiring in 1973. Before his death, McKee was the oldest surviving US four-star general, and the highest-ranking survivor of D-Day operations. While celebrating his 100th birthday, he was made a Chevalier in the Legion of Honor; usually one to eschew honors and ceremonies, the general made an exception so that his great-grandchildren could witness a historical moment.

The American WWII Ace Who Shot Down 7 German, 1 Italian, 1 Japanese and 1 American Plane! Has the secret treasure stolen by a Japanese WWII general been uncovered in the Philippines? Adventurers claim gold bars have been found 'booby trapped' in a cave

Treasure hunters are claiming they have uncovered the masses of gold reportedly hidden in the Philippines by Japanese soldiers during WWII.

The discovery could mark the end of decades of speculation over the so-called Yamashita Treasure - gold bars and gemstones worth tens of billions of dollars allegedly looted by the Japanese Imperial Army.

Rumour has it that the looted valuables were stashed in more than 145 underground tunnels and caves in the Philippines before the surrender in 1945.

The alleged war loot stolen by Japanese soldiers was under the command of General Tomoyuki Yamashita, who was in charge of the country's forces in 1944.

Despite some experts claiming there are no evidence of the fabled gold and priceless jewels, a new footage has claimed it has found the long lost treasure.

Clare Hollingworth, the longtime war correspondent who broke the news of both the Nazi mass-up on the Polish border and the subsequent invasion that started WWII, has died aged 105.