Another of the legends gone. And unlike Al Davis or Bill Ford or Bud Adams, there really isn't anything bad you can say about Ralph Wilson.

I wonder where the Bills wind up playing now.  I believe he was the only reason they stayed in Buffalo for so long.

I wonder where the Bills wind up playing now.  I believe he was the only reason they stayed in Buffalo for so long.

They're probably in Buffalo for atleast the near future (2020) as it would be hefty penalty in addition to a likely relocation fee. And the NFL would probably prefer to find an owner committed to Buffalo if possible

Another of the legends gone. And unlike Al Davis or Bill Ford or Bud Adams, there really isn't anything bad you can say about Ralph Wilson.

Like a lot of Bills fans, I had mixed feelings about Bills owner Ralph Wilson, who died on Tuesday at age 95. It was difficult to reconcile the Hall of Fame owner, the visionary who gave Buffalo so many sporting thrills and was a driving force in the NFL merger, with the man whose small-minded decisions often contributed to management dysfunction and a losing product on the field.

Wilson was admired in Buffalo but never loved. He was a notorious cheapskate who expected other people to pay for his toys.

He did see the Bills through the glory days in the 1990s, but once that great wave broke against four Super Bowl losses he seemed to give up. From that point on, he hid behind a ‘small market’ tag, continuing to sow, but rarely seeding. The results showed on the field.

All along, Wilson claimed he wanted the team to remain in Western New York. Had that been true, he would’ve sold it to a local group as he entered his winter years. Instead, the Bills are now left to his extended family. The team represents the bulk of his estate.

‏@espn To honor the late Ralph Wilson, the @BuffaloBills left one light on at The Ralph last night. (via @manecci)

Hey it's snowing there.  Wow.

Since the Buffalo Bills signed a 10-year lease with Erie County in 2012, it has been believed that it would be difficult -- but not impossible -- to relocate the team before 2020.

Included in the lease is a $400 million penalty if the team is moved within the first seven years, prior to a one-time option to buy out of the lease for $28 million after the 2019 season. In an interview with WGR 550 last month, Erie County executive Mark Poloncarz made reference to only the financial aspect of relocation and did not completely rule out the possibility.

I hope they find local ownership and get to keep the team in the long run.

Since the death of owner Ralph Wilson last week, speculation around the Bills' future in Buffalo has increased. Trump said he would like to see the team stay in the city.


"I know so many people in Buffalo, and they have asked me about looking at that and I certainly would look at it, but I would ... if it were me, I'd keep the team in Buffalo," he said. "I think it's something that is really vital to the area. ... It would be catastrophic, in my opinion, if Buffalo lost the Buffalo Bills."

Is this before or after he runs for President then says he could win but doesn't run? Donald Trump is very good at manipulating the public.

Here's the thing with Donald Trump unlike many wealthy people, he doesn't need to become a sports owner to inflate his ego. He's already well known and has a pretty big platform.

At this point like many other things he's flirted with, I'm thinking he's just blowing smoke because Donald Trump loves when Donald Trump is being talked about.

The NFL owners would want no part of Trump in their ol' boys club. He's way too much of a loose cannon for their liking. They'll go to whatever means necessary to line up another buyer(s)....perhaps even to the extent that they might let the team move.

Has it been made public yet how Ralph Wilson's estate is to handle the sale of the team? I recall when Jack Kent Cooke died, his will said the Redskins were simply to be sold to whomever the highest bidder was and the proceeds to go to charity, despite the fact that his son wanted to keep the franchise in the family (which I'm sure has given Redskins fans a lot of heartburn when they ponder the "what ifs?").

If Wilson's will stipulates something similar, then without a full anti-trust exemption like MLB I don't think the owners could prevent someone like Trump from buying the Bills if he is the highest bidder (those "votes of approval" are mostly theater). But even though Trump has very deep pockets, the NFL no doubt would work behind the scenes to line up someone they like (or a group) that have the means and desire to outbid him....and would probably succeed.

Called the "New Stadium Work Group," it is a committee made up of public and private leaders and Bills executives. They will be responsible for making recommendations on whether a new stadium or renovations to the team's current home best fit the franchise's needs to remain viable in Buffalo once the Bills lease expires in 2022.

The group met with a raised sense of urgency in establishing a plan, because the team's future has been left uncertain following the death of Hall of Fame owner Ralph Wilson last week. The franchise is expected to be placed into a trust before being sold within a few years, opening the possibility of the Bills being relocated.

Mary Wilson, the widow of former Buffalo Bills owner Ralph Wilson, is now the controlling owner of the team, the Bills announced Thursday.

The Bills confirmed that the franchise will eventually be sold, saying that "a process will be established at an appropriate time" for the sale.


"This process will ensure that the club complies and is faithful to NFL rules and to its obligations to New York State and Erie County," the team said in a statement.

Report: Bon Jovi involved with Toronto group that hopes to buy the Bills

I wonder if he plans to move the team there. That would just leave Bills fans feeling shot through the heart.

Trump today stressed that he’s committed to buying the Bills and keeping them in Western New York. Multiple sources confirmed he already has spoken to Bills President and CEO Russ Brandon twice.

“I’m going to give it a heavy shot,” Trump told The News on Monday from his office in Manhattan. “I would love to do it, and if I can do it, I’m keeping it in Buffalo.”


Trump also wanted to erase any thoughts he would move the team to Los Angeles or Toronto. He spoke about the loyalty of Bills fans and the team’s importance to the region.

But Trump also has a selfish reason for leaving the Bills here. His Boeing 757 could leave LaGuardia Airport and deplane at Prior Aviation in an hour.


“I live in New York, and it’s easier for me to go to Buffalo than any other place,” Trump said. “Where am I going to move it, some place on the other side of the country, where I have to travel for five hours?”

Other potential suitors who’ve yet to comment one way or the other are Buffalo Sabres owner Terry Pegula and former Sabres owner B. Thomas Golisano.

Jeremy Jacobs, of East Aurora, has stated through his Delaware North Cos. that he won’t sell his Boston Bruins to buy the Bills, as would be required under the NFL’s cross-ownership rules. But Delaware North didn’t specify anything about his children being interested.

The NFL prohibits all personnel – from owners all the way down to the assistant equipment manager – to have any involvement with gambling operations. Trump’s name is on two Atlantic City casinos, the Trump Taj Mahal and the Trump Plaza, but he said he owns only a small stake in those properties anymore.

“It’s a public company, and I could sell instantaneously,” Trump said. “So that wouldn’t be a conflict at all.

Five former Bills cheerleaders on Tuesday sued the team over a pay system they say had them working hundreds of hours for free at games and at mandatory public appearances at which they were subjected to groping and sexual comments, and one said they had to take a jiggle test so their boss could see how firm their bodies were.

Everyone seems to love Watkins, even if they didn't love the trade.

Can Manuel take a big leap in Year 2?

Bills trade Stevie Johnson to the 49ers for a conditional 4th rounder next year. 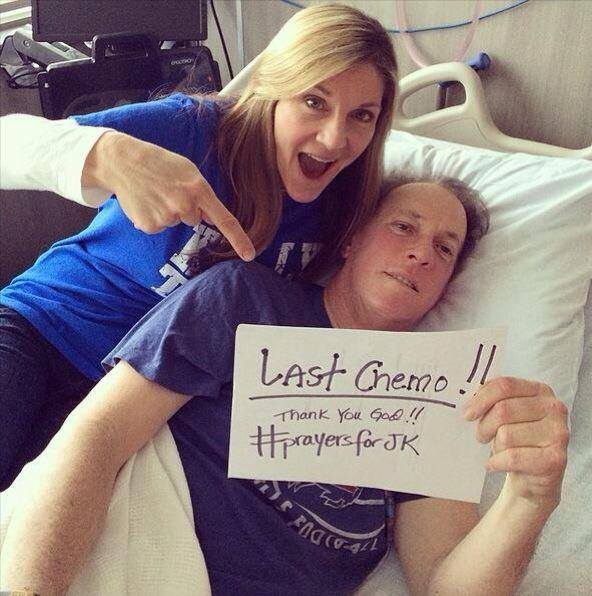